Retired and aspiring artists and performers have made the culture of Orcas Island a vibrant and unique experience for islanders and visitors.  Several theater centers host regular performances of plays and concerts, including major productions and benefit events produced and led by local masters.  Acting and performance is encouraged by the school district and students put on plays and musicals regularly during the school year.

Music has been a part of island life on Orcas for hundreds of years and the tradition holds strong today with several public bands that perform seasonal concerts and play for special events.  Private bands and individual performances are quite common as well and can often be seen at talent shows and seasonal public events.  Music styles range from country and improvisational to progressive rock and classical; during the summertime many restaurants feature live music during their dinner hours.  Come enjoy the art and traditions of Orcas Island and the San Juan Islands.

Harpist/Pianist Lisa Carter performs with Emy Carter on violin and Paris Wilson on violin for a truly classical romantic sound for your wedding. The classically trained trio can perform many classical pieces, but are very talented in composing and arranging popular songs that can be performed at your wedding. Please visit our website at almostclassicalmusic.com or email us at almostclassicalmusic@aol.com
Call 360-376-2187

A non-profit chamber orchestra that includes musicians of all ages.
Call 360-376-6579, Orcas Island

The Orcas Island Historical Museum is unique in being the only object-based, interpretive heritage facility for the island, with a permanent collection comprised of approximately 6000 objects, paper documents and photographs. Call our office for open hours.
Call 360-376-4849, Orcas Island

The Actors Theatre of Orcas Island

The Actors Theater of Orcas Island was formed to enhance the quality of life on Orcas Island by providing quality theater experiences and providing for the training and education of Actors, Directors, and others involved in theater productions and by providing an opportunity to demonstrate and improve their skills by participating in theatrical productions.
Call 360-317-5601

JP and the OK Rhythm Boys

JP and the OK Rhythm Boys are a fiddle trio featuring JP Wittman on fiddle and Gordon Koenig and Anita Orne on guitar and bass (with occasional forays onto mandolin, ukulele, banjo, and musical saw). They all sing, too. Swing, jazz standards, originals, fiddled-up 60s hits, hoe downs, waltzes, whatever catches their fancy - eclectic is too specific a word...
Call 360-376-5197, Orcas Island 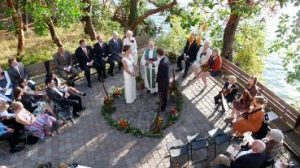 The Hall, located on beautiful Madrona Point in Eastsound, has been a natural community gathering place since it was built in 1891. The Hall is host to a variety of classes, dances, wedding receptions, art fairs, fundraisers, birthday parties and community events.
Call 360-376-5640, Eastsound, Orcas Island

Promotes and integrates artistic resources of the county for the creative development and education of the community.
Call 360-376-4567

Pure & Simple Music was founded in 1989 by pianist/composer Christopher Peacock and his wife Jaylin. As a performer since 1980 at Rosario Resort on Orcas Island in Washington State's San Juan Islands, Peacock often had requests for a recording of his unique, simplistic style. His first release, Island Time, began what Peacock calls "a record label committed to pure acoustic sounds with simple melodic styles." This "Pure & Simple" sound is inspired by the beauty and tranquility of the San Juan Islands.
Call 800-240-7873, Orcas Island